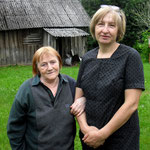 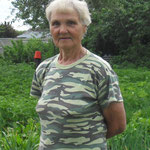 Pensions are a Salary Supplement

L a d u s h k i n – In Russia, retired life is rarely carefree. There, pensions currently range from about 8.000 to 20.000 roubles per month. That is between $106 US and $266 US per month. The lowest pensions are found in the provinces, the highest in the leading cities of Petersburg and Moscow. This is understandable because the cost of living is much higher in the metropolises. One could say that an average pension is currently around 13,000 roubles a month ($173 US).

For a long time, the retirement age for men was 60, for women, 55. But on 01 January 2019, the retirement age was raised to 65 for men and 63 for women. However, those who, for example, were already drawing a pension at 55 and are now only 60 do not need to fear a cancellation of their pension.

Westerners reacted with incomprehension to the strong protests against this increase in age for pensioners - to them, retirement at age 60 seems remarkably early. But this becomes understandable when one realises that in today's capitalist Russia pensions are not designed to replace salaries – they only supplement them. The elderly in Russia are not complaining about financial ruin, but rather about the elimination of supplementary income.

It is customary in Russia for a retired person to continue to earn additional income as a watchman, stoker, taxi driver or salesperson, provided he/she remains physically able to do so. This extra income could reach 20.000 roubles ($266) per month. Consequently, when a Western pastor takes leave of his duties at 66 or even emigrates to the sun in Spain, he can reckon with frowns among Russia’s Protestants. After all, the Christian should be perennially on-call. The reluctance of elderly Russian pastors to hand over leadership tasks to a younger generation is sometimes attributable to this conviction.

The general Western view of Russia is often deceptive. During the last 20 years, many cities - including Kaliningrad and even more so Moscow - have spruced themselves up mightily. Long rows of imposing, single-family houses placed helter-skelter along roads within new housing developments usually feature a shiny Mercedes or BMW out front. But only the top 20% of society can afford such luxury.

Things look different for the "masses" in rural and semi-rural Russia. For them, cash is scarce, but land is in abundance. Land for gardening is very cheap or even free. The mentally- and physically-fit Lutheran Valentina Dobrinevskaya is an 82-year-old widow in the village of Bolshaya Polyana not far from Znamensk (Wehlau) in the middle of the Kaliningrad enclave. Together with her children, she tends two gardens. "We help each other," she assured. "When the children come from Kaliningrad, they work in the garden and take home some of the yield with them. Now, in the summer, I get up at four in the morning and get to work." This effort is highly understandable, because surprisingly, the food prices in shops are often on a par with those in the West.

Improvisation is needed. Garden fences are usually made of uneven wooden slats previously used at least once elsewhere. My late, Siberian mother-in-law made sure that nails were used at least twice. She, like many others, told of the great hardship during the war years. In larger families, not all children could attend school on the same day - clothing and footwear were not sufficient for that. No child was allowed to claim his/her shoes for himself alone. Today, this is no longer the case.

However, the vast majority of pensioners cannot afford to take big leaps - they are forced to practice great modesty. For them, a beach holiday in Turkey or Egypt is out of the question, often even a visit in a local, mid-class restaurant. I experienced a case in Kaliningrad region where children had never seen a McDonald's from the inside.

An average rent - in cities at least 10.000 roubles for a one-room flat - is beyond the financial possibilities of most retirees. On the other hand, probably 90% of adult Russians own their own living quarters. The culture of rental and lease agreements is correspondingly strongly underdeveloped.

After the collapse of the USSR, millions of Russian citizens were given their own four walls free-of-charge by the state. That occurred frequently via the socialist workplace. Mrs. Dobrinevskaya told us that she and her husband, a career soldier, were given their current home by the state 60 years ago. The own four walls form the financial basis for the vast majority of pensioners. They are what can be sold or exchanged as needed. In big cities, renting out one's own flat is also a secondary or primary source of income for thousands of pensioners.

These pensioners cannot afford paid craftsmen. Mrs. Dobrinevskaya conceded that after her husband’s passing eight years ago, many things remained undone. "We had big plans to renovate the whole house," she reported, "but today my children help me as much as they can." Private Russian house builders and car mechanics are legendary. They understand how to help themselves without waiting for the state.

As a rule, there is no insurance. On the other hand, health care, even chemotherapy, is free-of-charge for citizens. Yet as a non-paying client, one has to reckon with long waiting lines in corridors and inferior medication. Those who can pay privately for medical treatment clearly have more free time at their disposal. For needy pensioners, there is a social safety net with state subsidies for transport, medication, heating and electricity, among others. No one really goes hungry. In Germany, public begging is more common. Apart from cultural reasons, this is probably also due to immigration policy.

I know of new Protestant homes for the elderly in Kaliningrad, Belarus and Kazakhstan. But retirement homes are frequently interpreted as a sign of growing social coldness. It is true that relatives sometimes simply want to collect the pensions of the elderly for themselves. On the positive side, many also see it as their moral duty to care for bedridden family members at home. Russia is known for its army of helpful and self-sacrificing women, and the vast majority of the elderly are female. The few state-run old people's homes that have existed for a longer period are intended for senior citizens without relatives.

The well-being of the aforementioned Valentina Dobrinevskaya is linked to the efforts of her helpful descendants. The situation is different for Tamara Ragauskaite, a neighbour from the same community. She has fewer relatives and complains that her small house is falling apart. The foundation and walls are no longer dry; the plumbing is leaking. The widow has appealed to the municipality several times to provide her with new housing. (Tamara has a Lithuanian surname - not a rare phenomenon in Kaliningrad).

But more important for happiness than the number of offspring and the amount of pension is undoubtedly one's own attitude towards life. Whether one feels gratitude or jealously regarding one’s situation in life, or whether one can both receive and pass on love - these are factors which help determine whether one harbours the strength to tackle the improvement of one's own living conditions. Undoubtedly, such maxims are true not only for pensioners in Russia.

A journalistic release for which only the author is responsible. It is informational in character and does not express the official position of any church organisation. This release may be reprinted free-of-charge if the source is cited. Release #21-14, 1.203 words. The German version was written at the request of a small Baptist publication in Germany.

In your otherwise thoughtful and good piece on pensioners I found this quote a little off-putting: "Whether one feels gratitude or jealously regarding one’s situation in life, or whether one can both receive and pass on love - these are factors which help determine whether one harbours the strength to tackle the improvement of one's own living conditions. Undoubtedly, such maxims are true not only for pensioners in Russia."

Well, yes, true as far as it goes. But it also contains a note of self-satisfaction and a bit of a backhand to the most desperate, don't you think? How would a refugee from Africa trying to cross by boat from Turkey into Greece or a Guatemalan riding on the top of a train through Mexico feel about such a sentiment, for example?  Having "the strength to tackle the improvement of their living conditions" for refugees means becoming "undocumented", which is used against them by the Donald Trumps and the Viktor Orbans of the world.