The Baptists of Chita are a Success Story 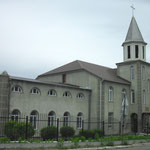 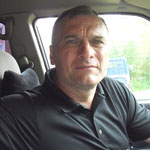 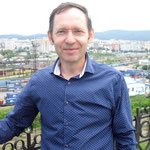 L a d u s h k i n -- In the Gorbachev era of 1987, the Baptist congregation in the Far Eastern Russian city of Chita consisted of only 13 older members, 12 of whom were women. The congregation, founded in 1914, had experienced its heyday in the 1920s; the stately, wooden prayer house of that time can still be admired today. Then, in 1937, a year of major repression, a catastrophe befell the group. At a secret evening service, the secret police took away all the men present along with some of the women. A wall display in today's "Antioch" church reports that none of those arrested at the time ever returned to Chita. At the end of the 1940s, the congregation was temporarily re-registered, but it was not until 1977 that it obtained permanent legal standing. The congregation’s abode was now much more modest: a small wooden hut on the outskirts of the city. It later functioned for an interim period as a rehabilitation centre.

Also in 1987, the industrious Ruvim Voloshin - a Ukrainian from Moldova – entered the scene. (See our news item on Grozny from 05.12.2020.) However, the local response was not unanimously positive: The aged, faithful members of the congregation had grown fond of their traditionally tranquil congregational life. A gifted organiser, Voloshin nevertheless brought in help from home and abroad (including Germany and North America). In 1989, an entire detachment of volunteers moved in for several years. Even today, containers in the church’s backyard bear witness to the flurry of life-saving humanitarian activity during the 1990s.

During the hardships of the 1990s, the city had demonstrated great understanding for the Baptists. Vladimir Stremetsky, currently the city's senior Baptist clergyman (starshy presbyter), reports that Baptist workers were allowed into prisons at the time even without documentation. Communal sports events, hospital visits, pastoral care for soldiers, concerts, movie nights, humanitarian tasks and summer camps for children rounded out the picture. Some activities were even subsidised by the state. Until very recently, Baptists made themselves available to the city for renovation work on public facilities, such as painting sports fields and parks. This did not always meet with approval from the older generation, which felt that oral preaching of the Gospel should suffice.

A lively visiting ministry had developed throughout the region; even today, the Chita congregations serve another 11 congregations in the area. Some of these are still experiencing growth. These registered Baptist congregations remain excellently networked within this sparsely-populated region. When the author visited the "Antioch" congregation in July 2021, members from the "neighbouring" congregation of Ulan-Ude were visiting. Ulan-Ude, a stronghold of Russian Buddhism, is located 10 hours further west by train.

This hot as well as very cold city of Chita is located on the Trans-Siberian Railway not far from the border with Mongolia and China. It’s a hub for freight traffic with China and has a population of 350,000.

Two pastors in the city are evidence that much has changed within the congregation. Jokingly, Alexey Sarapulov, pastor of a smaller Baptist congregation in the city, points out that in the past he and Stremetsky would have had cause to chase each other. Sarapulov was once a police officer and Stremetsky, a businessman, cooperated closely with the local mafia until his conversion in 2007.

Today, very few older church members have Baptist parents. Yevgeny Sarapulov, Alexey's younger brother, has been Moscow's best-known Protestant psychologist for years. He became known through his contributions to the Moscow branch of "Radio Teos". Several of Alexey’s children are on the way to becoming professional classical musicians. Only after the conversion of the two brothers did their parents also find their way to faith. Yet Stremetsky concedes that church growth is again heavily dependent upon the biological factor. Chita also has Adventist, Pentecostal and a Lutheran congregation.

In 1989, the up-and-coming congregation had a stroke of very good fortune: The municipality provided it with the site of a former military educational building at Ulitsa Selenginskaya 7 in the east of the city. The brick building had burned down a few years earlier; little more than the foundation walls remained. Thanks to tremendous efforts of believers from near and far, a virtually new building with space for 300 people was erected. Services began on location in 1991; in 2018 the congregation even became owners of the land on which the impressive new building stands.

To this day, the Chita congregation participates in the city’s sport programme; since 2013, it has hosted annual volleyball tournaments. About 40 teams take part in the tournaments; sometimes even the mayor is present.

But Stremetsky notes that some activities have ceased. Although not directly in conflict with the restrictive Yarovaya legislation of 2016, official school, hospital and prison visits are no longer permitted. It is still possible to serve 65 families with a disabled child, but "our diaconal work is mostly unofficial. Much of it depends on personal relationships."

Relations with the Orthodox state church are not improving: "There are only a few good personal relationships left." The senior pastor even thinks it conceivable that summer camps for Baptist children are in jeopardy. Much depends on the global, political scene: "Some still think we're Americans; that’s an important issue for us."

"We don't need the so-called 'evangelism explosion,'" assures Pastor Alexey. "We must initially build bridges of trust to our local compatriots."

Now the official "Russian Union of Evangelical Christians-Baptists" (RUECB) has three congregations in Chita: Antioch has 170 members; the other two have 40 each. That's not a bad record given that only 13 Baptists were on location when Ruvim Voloshin arrived in 1987. Voloshin transitioned to Baptist mission headquarters in Moscow in 1996. He has been senior pastor of the Grozny congregation since 2014.

The atheists of Russia can also point to Chita roots. Yemelyan Yaroslavsky (1878-1943), a father of the "League of the Militant Godless” founded in 1929, grew up in the city. He is buried at the Kremlin wall.

A journalistic release for which only the author is responsible. It is informational in character and does not express the official position of any church organisation. This release may be reprinted free-of-charge if the source is cited. Release #21-15, 1.007 words.

Just hours before his wife Raissa, Boris Berezhnoi, a Baptist singer and preacher well-known in the Russian-speaking world, died in Moscow on 25 June 2021. Berezhnoi was born in Karaganda/Kazakhstan in 1949.

After several years of back-and-forth, the Baptist “Moscow Theological Seminary” has received its licensing back as of 14 July 2021. It is expected that regular lectures will resume in the fall.