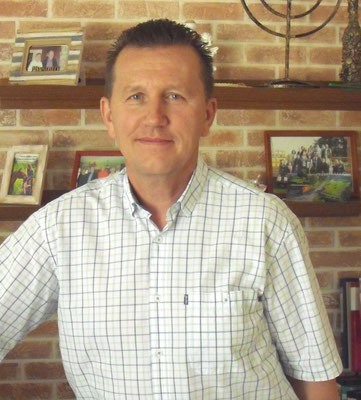 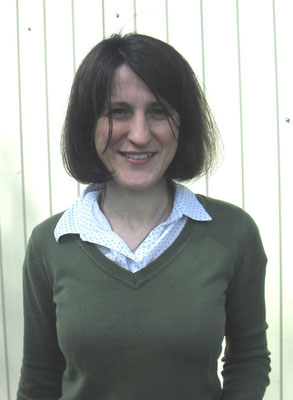 1. The main building of "Dom Miloserdia"

4. Shot from atop the unsinkable sailing ship at "Zhemchuzhinka"

Blooming Landscapes on the Belarusian Fringe

L a d u s h k i n -- After a ten-year absence, I was shocked in June 2022 when I caught sight of "Dom Miloserdia" (House of Mercy), a retirement home in Imenin just north of the Baptist stronghold of Kobrin. Almost swallowed up by its gorgeous, lush green surroundings in the south-west corner of Belarus, the home also features an office and conference building previously unknown to me, financed by a small organisation from Germany. Behind it, the home’s own bakery has been operating for almost ten years, covering its own needs while making a modest profit from sales to the surrounding area.

Only a few hundred metres further north resides the parent company: the children's camp and conference centre "Zhemchuzhinka" (Little Pearl). There I spotted an almost life-size wooden sailing ship functioning as unsinkable playground equipment. Covered viewing platforms reached out over the pond; lively Christian music resounded throughout the area. The sports fields were filled. Many rooms on this former military site have been renovated; the children's polyclinic continues to function. Year-round occupancy is not yet optimal, but about 230 children attend each of the three to five summer camps per year.

In the 1990s, there were cases of corruption within the "Zhemchuzhinka" project. One could call it a divine miracle that a project pronounced dead several times continues to grow even in today's times of crisis. The labour, the many donations and also the setbacks do not seem to have been in vain. A small Baptist union with less than 14,000 members is able to own a true gem.

Even US-Americans are still there - albeit in modest numbers. A Mennonite from Minnesota is currently spending a few weeks as counsellor in the children's camp.

Next to the massive Baptist church in Kobrin, the editorial offices of the national newspaper "Krynitsa Zhytstsia" still exist. However, it has a new editor: Pastor Sergey Romanovich from Baranovichi. Among other things, he works as a translator of English-language books.

The retirement home itself had no residents when it was inaugurated on 26 June 2010 (see “Belarus” under “wyoder.de”). However, 52 sponsors and guests from the USA were present at the festivities. The Baptist "Future Leadership Foundation" and a network of senior citizens' homes from Missouri devoted themselves sacrificially and touchingly to the project for two decades. However, their financial support ran out at the end of 2016.

Back in 2013, the home already had 21 residents. Today, the home is officially overcrowded with 46 residents. If only two-bed rooms were allowed, there would be only 40 places available on two floors. A "life-saving" elevator is in use.

Home Director Igor Miklyaev reports that the care costs per resident total 800 Belarusian roubles (304 euros) per month. Pensions, however, average only between 500 and 700 roubles per month. The difference is sometimes taken care of by the residents' offspring. In a few cases, a congregation makes up the difference; only 20% of the residents are themselves Baptists. The home’s monthly budget of is 800,000 roubles or 304,000 euros. The average monthly income of the 27 employees is 500 roubles (190 euros) per person.

However, current income does not allow any space for new purchases. Pastor Miklyaev reports that parts of the heating and kitchen are getting on in years and need to be replaced. But additional money can only be obtained in a roundabout fashion. The large Kobrin community, for example, recently donated a German washing machine. Since state allocations involve major amounts of bureaucracy, they are never requested.

New circles of donors are always welcome, but Director Miklyaev assures he would be very embarrassed to ask Southern Baptists from Missouri for help once more. "Roger Hatfield, Steven Jones and others have already done so much for us! If these friends had not sacrificed for us, there would be nothing here today."

The Russian Igor Miklyaev (born 1965) is from Tashkent in Uzbekistan. As a Soviet soldier, he met his future wife in Zhabinka (just east of Brest). A footballer and professional coach, they moved to Zhabinka in 1993. The couple was not converted until 2000. Miklyaev studied theology in Minsk and was ordained in 2006. Today, he is still pastor of a Baptist church in Zhabinka; his ministry in "Dom Miloserdia” began exactly 10 years ago in June 2012. Igor and Valentina have three children; a daughter-in-law is chief physician in a Brest children's hospital.

His right-hand in the retirement home is the sympathetic, 38-year-old Ekaterina (Katya) Kozlova. Her father is also a Baptist pastor in Zhabinka. Being single, Katya can offer all of her time for the work. Miklyaev states: "When asked to do something, she never refuses. Her intellectual standards are high; she’s modest and never complains." Since the Director does not currently drive, Katya is even in demand as a chauffeur.

It was Katya's youngest brother, Danil Kozlov, who took fourth place at the "Junior Eurovision" competition in Minsk in October 2010 (see "www.youtube.com/watch?v=JJfG-0RxeI0"). Since their mother was seriously ill, it was Katya who accompanied the 13-year-old to his performances. Today, Danil, the son of a pastor, resides with his wife in Cracau/Poland.

The leadership of the Belarusian Baptist Union readily admits that the Union is groaning under the financial burden of "Dom Miloserdia" and "Zhemchuzhinka". There are no formal partners in the West; one hopes for occasional donations from East and West. Will the Union have to abandon these important projects at some point?

Thanks to sanctions, there are more walls between East and West today than there were during the Cold War. People fear further, future splits among Protestants in Ukraine, Belarus and Russia. But positive-thinking people like Sergey Romanovich assure that Christians can be a bridge: "Christ must be the basis on which reconciliation can take place."

A journalistic release for which only the author is responsible. It is informational in character and does not express the official position of any church organisation. This release may be reprinted free-of-charge if the source is cited. Release #22-13, 961 words.